The “devil’s milk” phrase is appeared by adverse reason…

It is commonly believed that all proteins in our gastrointestinal tract will simply digest into amino acids that get into blood and lymph and will be part of our proteins. But this is not quite so: it has been shown that two-, three- and oligopeptides can also be absorbed. One of the milk proteins, β-casein, can be a source of one of the oligopeptides, β-casomorphin. He was nicknamed “the devil in milk,” because epidemiological studies have shown that the consumption of cow’s milk correlates with the probability of the development of a newborn’s sudden death syndrome, diabetes, obesity in children and heart pathologies. The mechanisms of development of these pathologies are based on the ability of β-casomorphin to activate the μ1 morphine receptor. But β-casomorphin can only be formed from milk of a certain type – it was named A1. Replacing a single nucleotide in a gene encoding β-casein leads to the fact that this oligopeptide is not formed in the gastrointestinal tract, as there is an additional site for the action of digestive enzymes. Milk with such β-casein called A2. 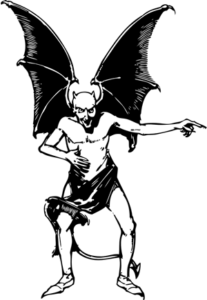 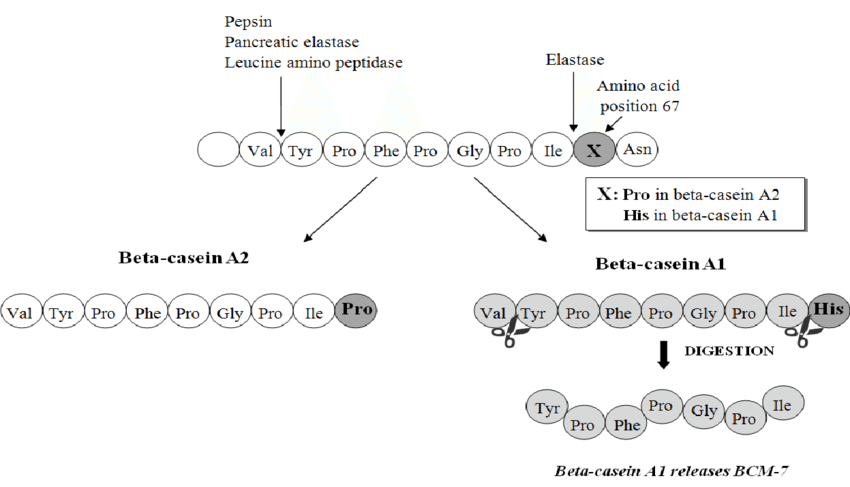 The Angel Milk project aims to make dairy products, baby and sports nutrition safe. We conduct molecular genetic studies for the genetic variant of the gene of the correct casein A2 in dairy products.

We are experts in genetic research. We have advanced proprietary methods for selecting and analyzing genetic material.

OUR SERVICES WILL BE USEFUL

Healthy sports nutrition should contain only casein A2. Genetic analysis is the solution for the problem

We will help to ensure the safety of infants. The milk mixture should contain only casein A2

YOU HAVE THE FOLLOWING ADVANTAGES: 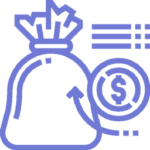 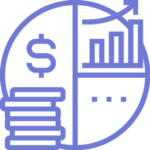 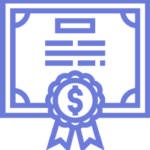 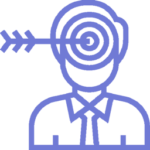 Individual approach
Preliminary analysis, research, development of the concept of positioning and uniqueness of each product. 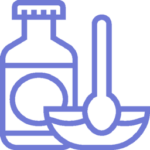 Healthy product
Due to the selection of raw materials with casein A2, you will receive further growth of the quality of your products and the health of offspring

Determination of the variant (allelic polymorphism) of the beta-casein gene in any biological material from cows, dairy products, baby food and sports nutrition is performed by real-time polymerase-chain reaction (PCR) on a 7500 Fast Real-Time System (USA).
First, DNA is extracted from the sample, then it is loaded into the hardware equipment and analysis begins with a special software. The device begins to register the signal gain (fluorescence), the figure shows the color curve of fluorescence gain (along the y axis), depending on the number of cycles (along the x axis). After the reaction, the software performs genotype distribution (allelic discrimination) of different samples. As a result, we determine what kind of casein gene is contained in each of sample. 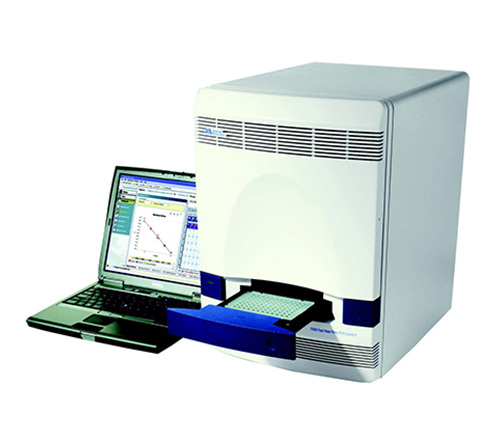 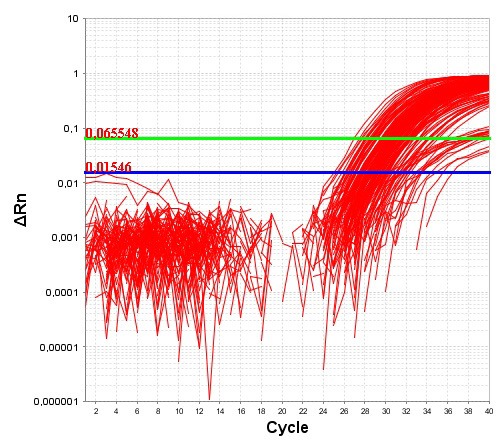 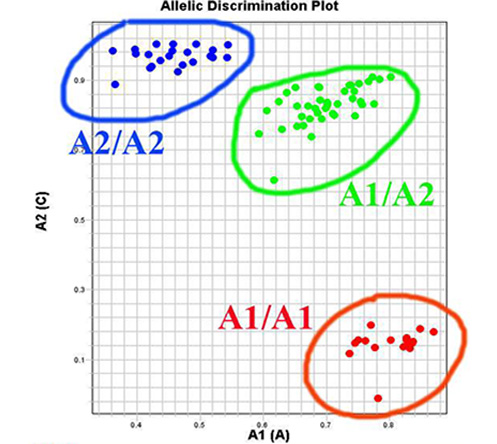